The Philadelphia Section uses Constant Contact to distribute our newsletters and event announcements. We typically send one or two emails per month. Each announcement includes a link at the bottom of the email for you to manage your subscription options. If you're not receiving our announcements and would like to sign-up, click here to join our mailing list.

As outlined in our Section Bylaws, our elected and nominated board members are responsible for administering the Section, managing and awarding the Richard L. Humphrey Memorial Scholarship, membership recruitment, student outreach, educational programming, and event planning and coordination with other professional societies. You can also view our Section Constitution! 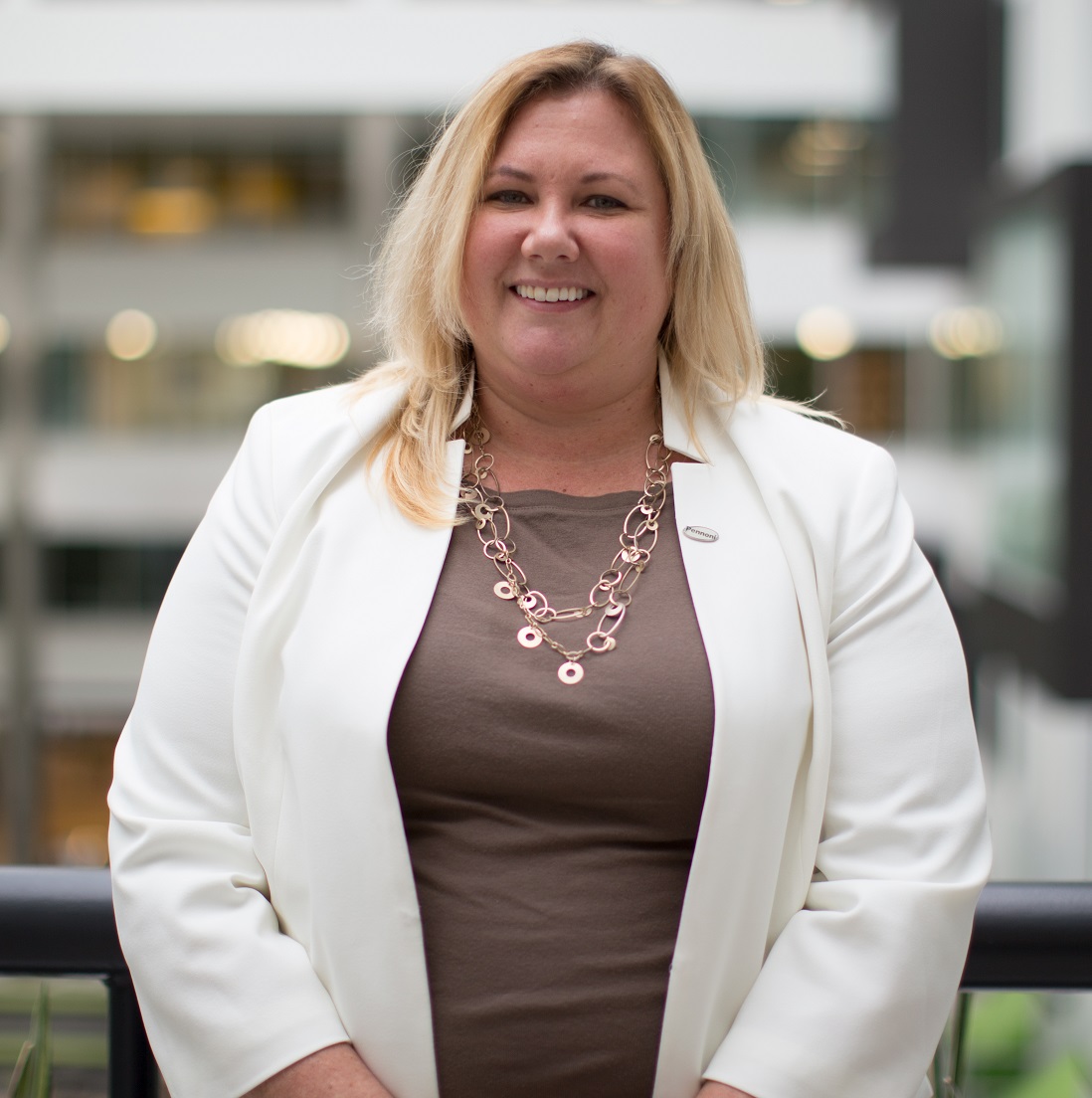 Jen provides structural design solutions for infrastructure to transportation agencies, transit, rail authorities and private developers. She has over 19 years of professional experience; the last 13 has been while working at Pennoni in their Center City office. Some of her remarkable projects are the I-676 Vine Street Expressway Bridge Rehabilitation, I-95/I-276 Interchange, 34th Street Bridge Replacement, Crum Creek Viaduct Replacement and CHOP’s Roberts Center for Pediatric Research. She obtained her B.S. in Civil Engineering from Penn State and her M.S. in Engineering Management from Drexel University. Jen resides in Fishtown where she enjoys exploring the neighborhood, being involved with our alma mater, participating in the sport of axe-throwing, and cheering on her favorite football (Ravens) and hockey teams (Let’s Go Flyers!). 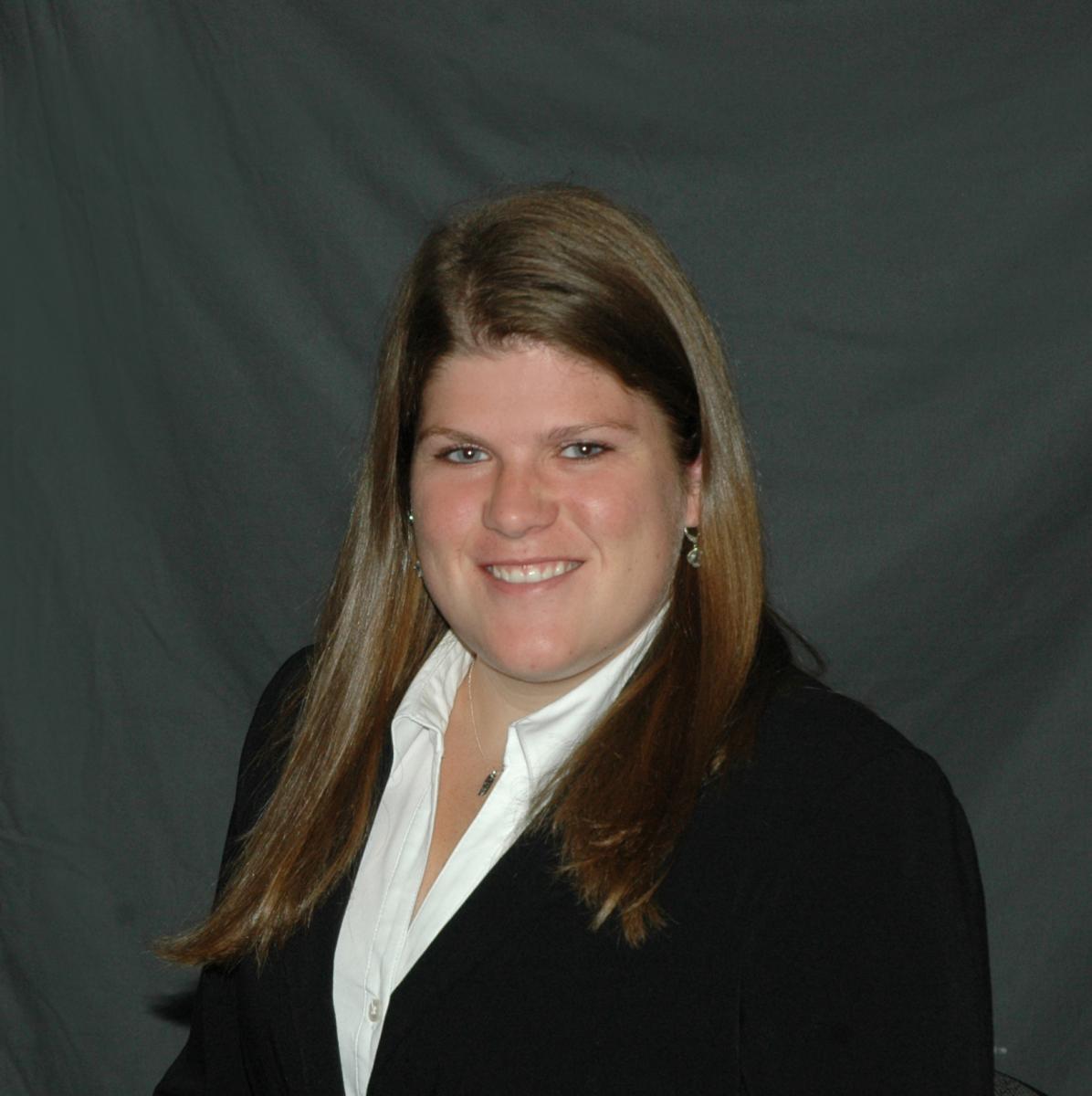 Briana is a Project Engineer at Langan in their Doylestown office. At Langan she is part of the Traffic group where she works closely with PennDOT, Municipalities and clients working on the design and compiling of plans for Highway Occupancy Permits. She also is a director for Engineers Club of Philadelphia and is actively involved on the Delaware Valley Engineers Week Awards Committee. Briana received her BS in Civil Engineering and her ME in Transportation Engineering from Rensselaer Polytechnic Institute in the Spring of 2013. 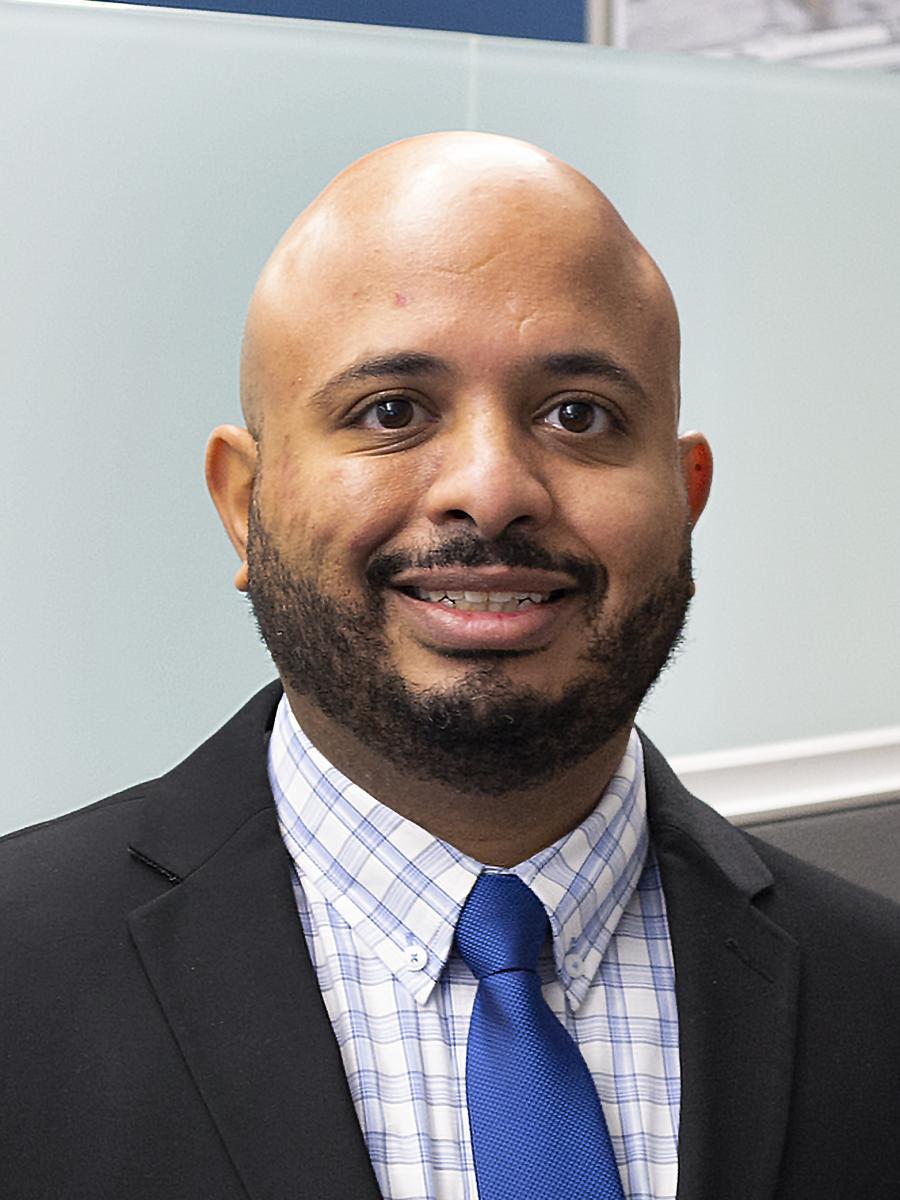 Mohamed earned his BS in Civil Engineering, with a minor in Construction Management, from Drexel University in 2009. He is a Senior Construction Manager at Traffic Planning & Design’s Pottstown office and is currently managing inspection staff on all field related matters, and providing project oversight and training for inspection staff throughout the Commonwealth. Mohamed’s noteworthy projects include the 2018 Villanova Pedestrian Bridge project in Radnor Township, the 2011 SR 8018 Sec CAS Commodore Barry Bridge Ramp Project and is currently providing CM services on I-95 Section MB4 in various locations of Bucks, Delaware and Philadelphia Counties. Mohamed has 11 years of Construction Management & Inspection experience in Pennsylvania and Maryland and is a licensed Professional Engineer in PA, DE, NJ & MD. Mohamed and his family reside in Upper Macungie, Lehigh County.

Joe is a Senior Project Implementation Engineer at DVRPC, and has 12 years of experience as a civil engineer in the Pennsylvania and Delaware transportation industries. Joe received his Bachelors and Masters of Civil Engineering at the University of Delaware. Prior to joining DVRPC, Joe spent five years at WSP in Philadelphia in their structures group, and fives years at the Delaware Department of Transportation in their Bridge Design section. In his spare time, Joe is a photographer, woodworking, and computer programmer. He also enjoys running, concerts, and football. Joe also serves as the Social Chair for the YMF Board, and Co-chair of the MRLC/ERYMC 2020 conferences. 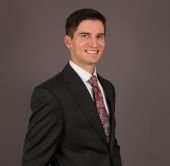 Jesse is a structural engineer for Pennoni with 10 years of experience in bridge design and rehabilitation. He has worked on several local bridge replacement projects, including Lock Street over the Manayunk Canal, SEPTA's Crum Creek Viaduct, and 20th Street over the Benjamin Franklin Parkway, as well as numerous repair projects on the Tacony-Palmyra and Burlington-Bristol Bridges over the Delaware River and the on-going rehabilitation of Blueball Avenue over I-95. Jesse received his BS in Architectural Engineering and MS in Civil (Structural) Engineering from Drexel University in 2010. He is a licensed Professional Engineer in PA and NJ, a PennDOT-certified Bridge Safety Inspector, and a certified Envision Sustainability Professional. He also serves on several ASCE Society Committees, including the Leader Training Committee (LTC) and the Program and Finance Committee. In his free time, Jesse is an avid ultimate (frisbee) player and runner. He resides in Havertown, PA, with his beautiful wife, Christina, and daughter, Sadie. 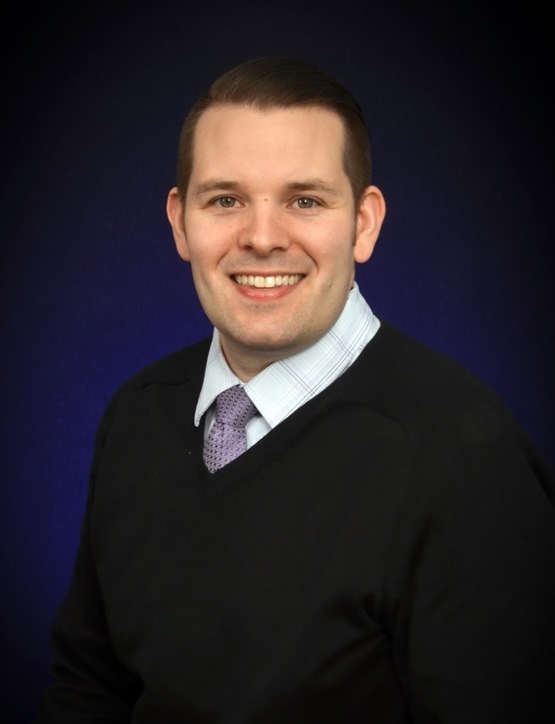 Andrew earned his BS in Civil and Architectural Engineering from Drexel University in 2006, his MS in Civil Engineering from the University of Delaware in 2008, and his PhD from the Georgia Institute of Technology in 2011. As a professor he is teaches structural engineering and conducts research in the area of structural behavior and repair. Andrew lives in Philadelphia and enjoys spending time there with his wife Anna, his daughter Josie, and his son Henry. 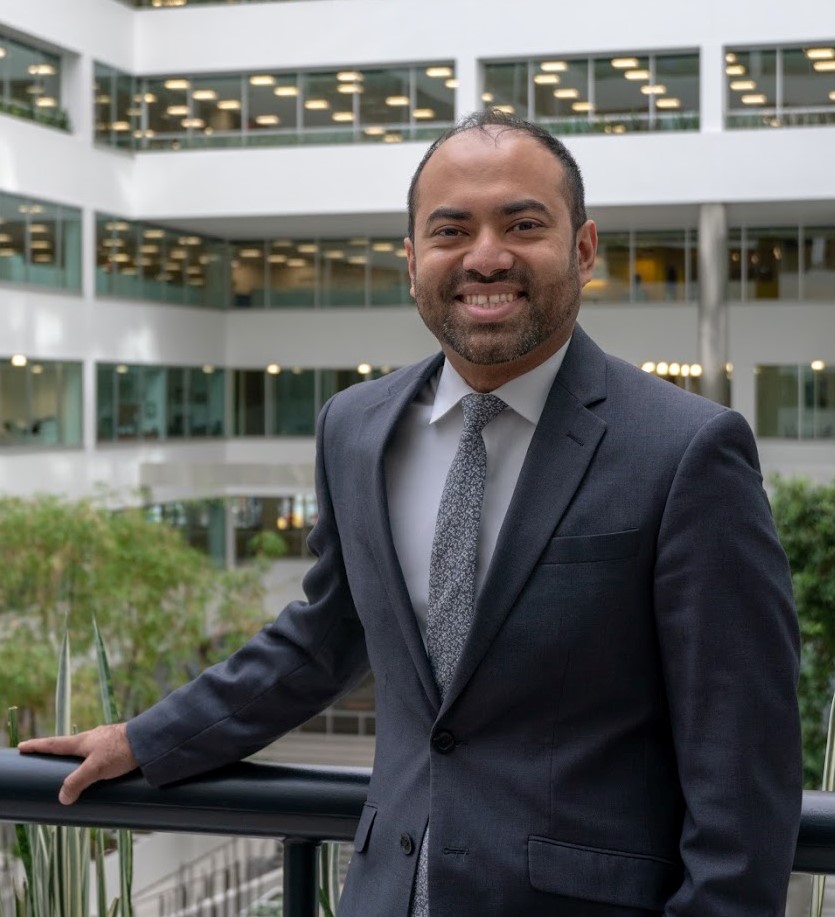 Kazi is a senior project manager (PM) with CDM Smith in their Philadelphia Office. He serves as a PM and leads technical elements of several I-95 project sections. As a Transportation Engineer, Kazi focuses on infrastructure improvement projects and has extensive work experience in Southeastern PA, Western PA, and NJ. Kazi received his B.S. in Civil Engineering from Penn State University and is now a registered professional engineer in Pennsylvania, New Jersey, and Delaware. Kazi lives in West Philadelphia with his wife Ria and their daughter Zanaya; They enjoy exploring Philadelphia’s history and traveling abroad. 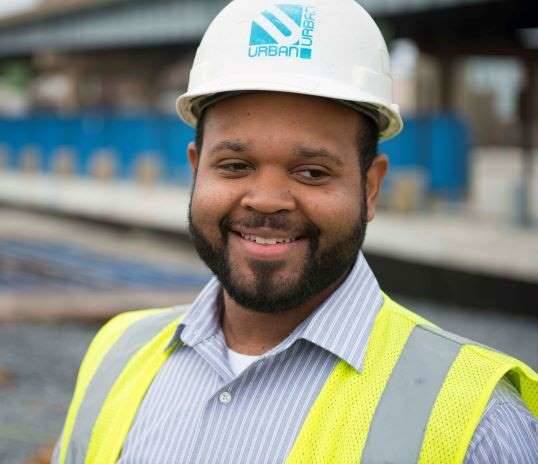 Kevin graduated from Widener University with Bachelor of Science degree in Civil Engineering in 2009 and he went on to obtain his Masters of Engineering degree in Civil Engineering from Widener in 2014. Kevin is currently working for Urban Engineers in their construction services department as a Transportation Construction Manager on the PennDOT I-76 Viaduct Rehabilitation Project in Philadelphia. Kevin previously served as the Assistant Resident Engineer on Section D-20 of the I-95/Pennsylvania Turnpike Interchange Project overseeing all structural work associated with the contract. Kevin is a past President of the Section’s Younger Member Forum and he has been appointed to the Society’s Committee on Student Members. Mr. Brown currently serves as the ASCE Practitioner Advisor for both Widener and Temple University and he serves on the Advisory Council of the ACE Mentor Program where he also mentors high school students in the fields of architecture, construction and engineering. Kevin is a member of the Engineers' Club of Philadelphia, National Society of Black Engineers (NSBE), and the Construction Management Association of America (CMAA). Kevin enjoys bowling, laser tag, paint ball and hanging out with friends and family. 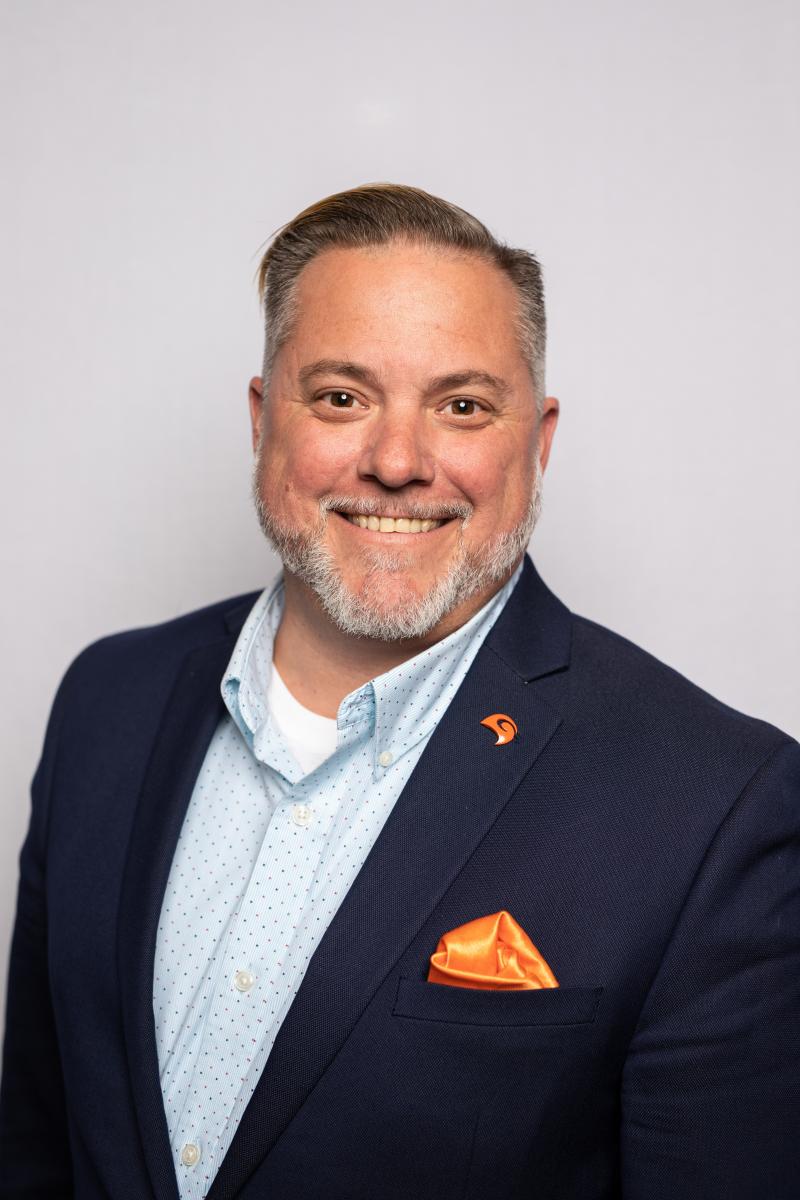 Michael D. DeVuono is a Professional Engineer with over 20 years of experience in the civil engineering and land development industry. Michael assists both public and private-sector clients from coast-to-coast with the design and implementation of sustainable stormwater practices and effective erosion and sediment control designs. Locally, Michael provides technical oversight for the engineering design of Green Stormwater Infrastructure in conjunction with Green City Clean Waters, an initiative of the Philadelphia Water Department that seeks to meet EPA-mandated water quality standards. Michael is a United States Marine Corps Veteran, and a life-long resident of the City of Philadelphia. Michael earned his BA in Geographic Information Systems and Geospatial Analysis from West Chester University of Pennsylvania, and his MS in Civil Engineering from the New Jersey Institute of Technology. 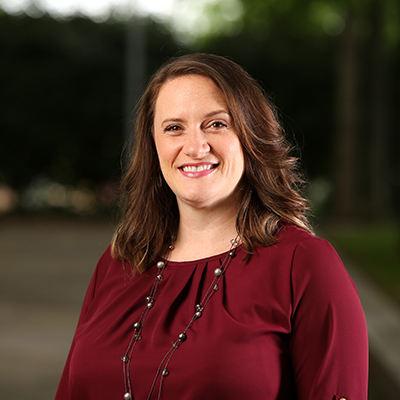 Tania is a Water Resources Engineering at HNTB in their King of Prussia office, where she provides stormwater design solutions for transportation projects. Tania has over 10 years of experience in wastewater and stormwater planning and design. She received her B.S. in Environmental Systems Engineering from Penn State and her M.S. in Sustainable Design from Philadelphia University. Tania lives in Conshohocken with her husband Dan and enjoys hiking with her dog Bella. 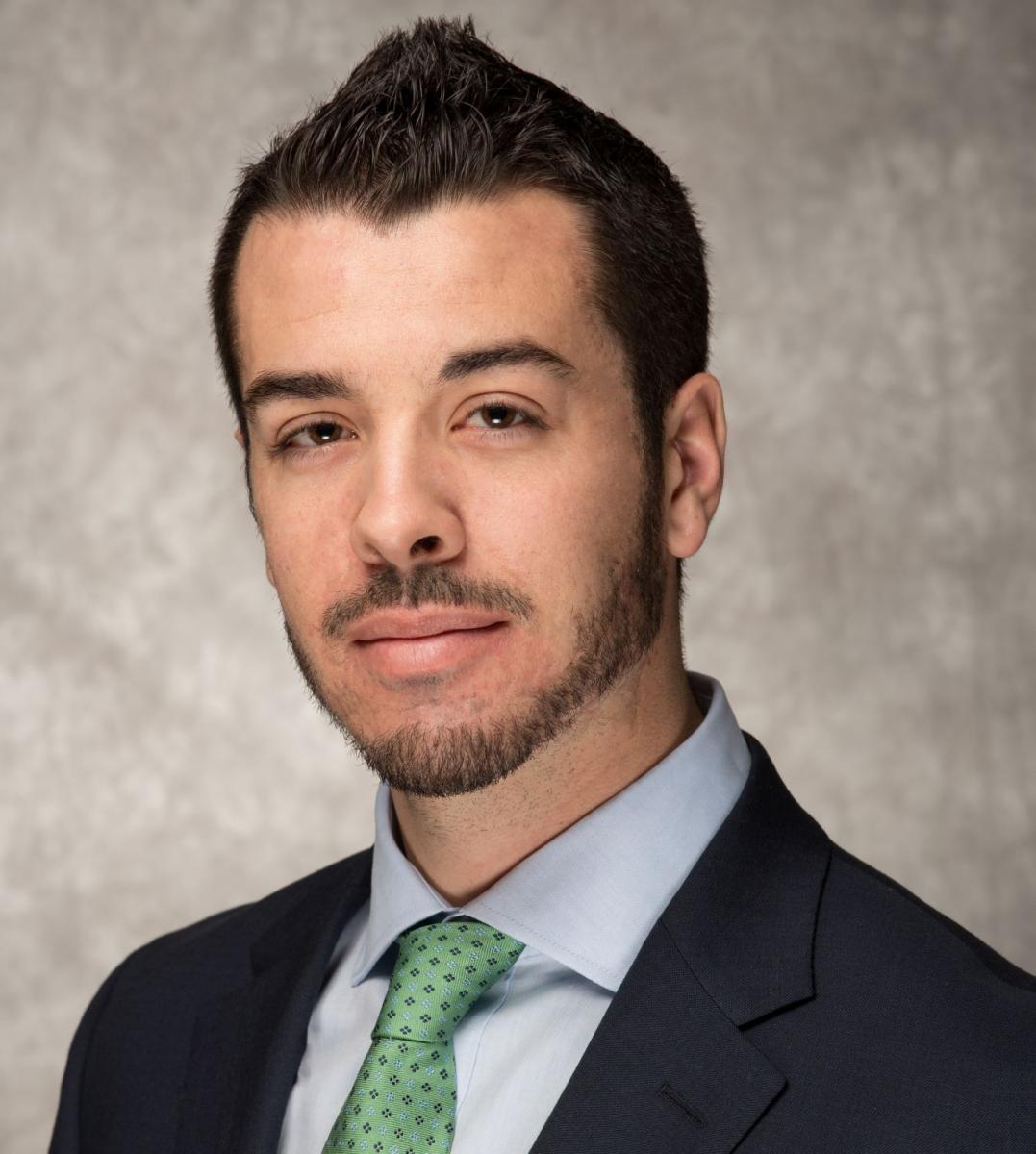 Gregory graduated from Drexel University with a B.S in Civil Engineering (2009) and M.S. Civil Engineering (2016). He is a senior bridge engineer with over 11 years experience inspecting, designing, analyzing, and managing transportation projects with a strong emphasis on bridges. Notable local projects include the Vine Street Expressway Overhead Bridge Replacements and the $88 million Wayne Junction Viaduct Bridge Rehabilitation. Significant national projects include the $800 million I-285/SR400 Interchange Project in Atlanta, GA and $3.7 billion Transform I-66 Outside the Beltway Project outside of Washington D.C., both design build joint ventures with Ferrovial. 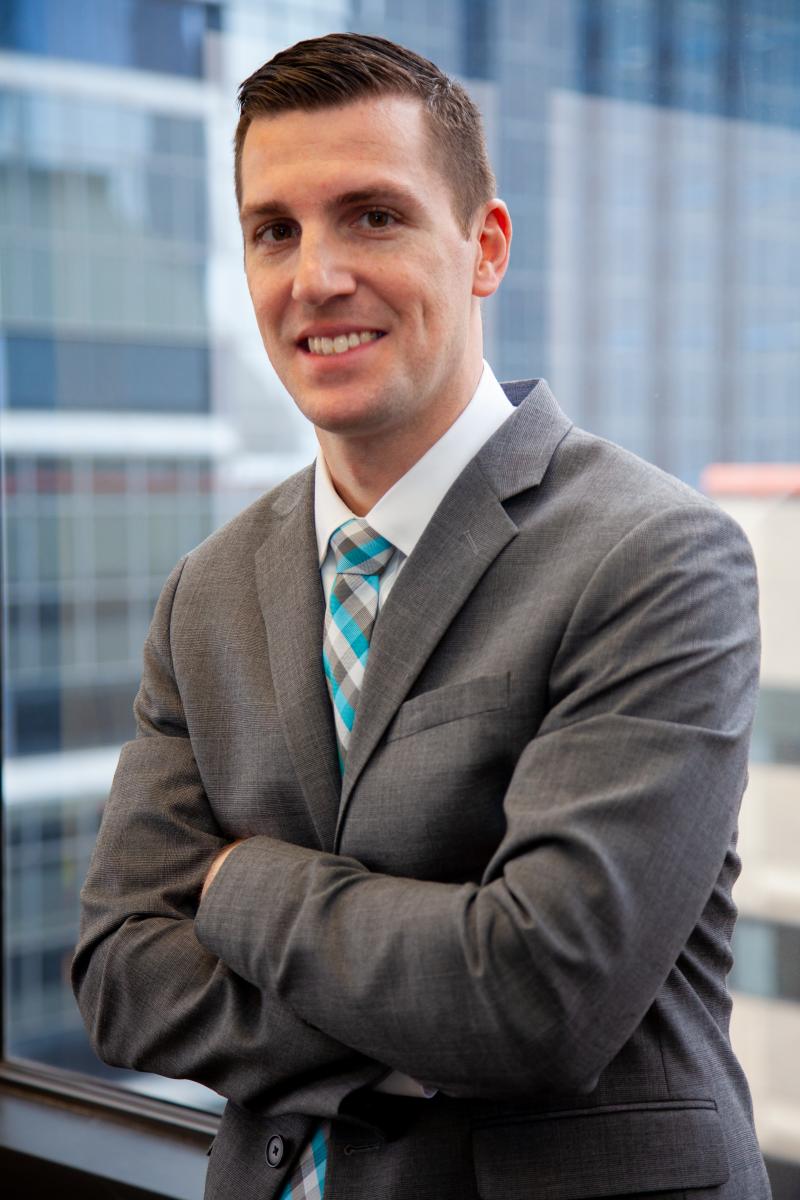 Scott is a Project Manager in Michael Baker International’s Transportation group in their Philadelphia office. He has over a decade of experience with highway and transportation improvements for a variety of different clients, including PennDOT and the City of Philadelphia Department of Streets. He received his B.S. in Civil Engineering from Widener University and his M.S. in Environmental and Civil Engineering from Villanova University. Scott resides in Center City Philadelphia where he and his wife enjoy exploring the neighborhoods, traveling abroad, and attending concerts and sporting events. 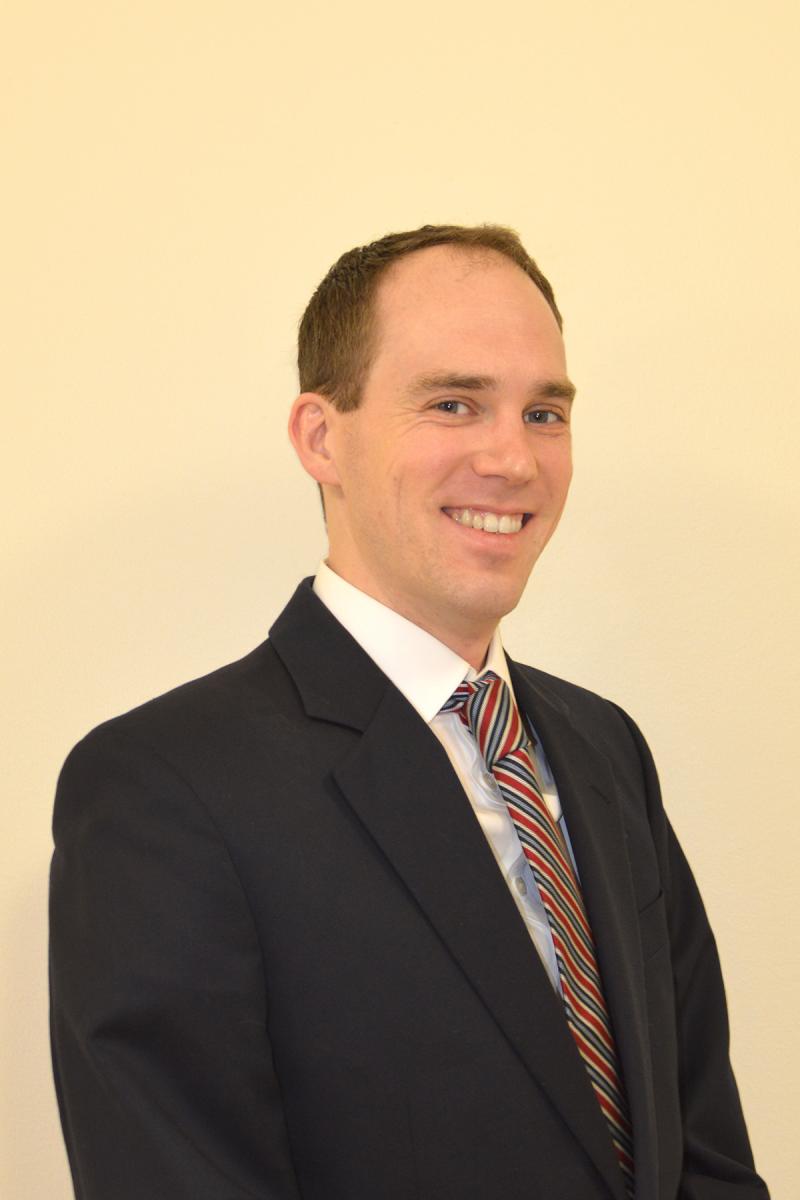 Tom is a Project Engineer in JMT’s Structural Transportation group in their Philadelphia office. He has a decade of experience designing various transportation focused structures for a variety of different clients, including PennDOT, the city of Philadelphia Streets Department and the Pennsylvania Turnpike Commission. He received his B.S. in Civil Engineering From Villanova University and his M.S. in Structural and Civil Engineering from Villanova University. Tom resides in South Philadelphia and enjoys outdoor activities including cycling and hiking. 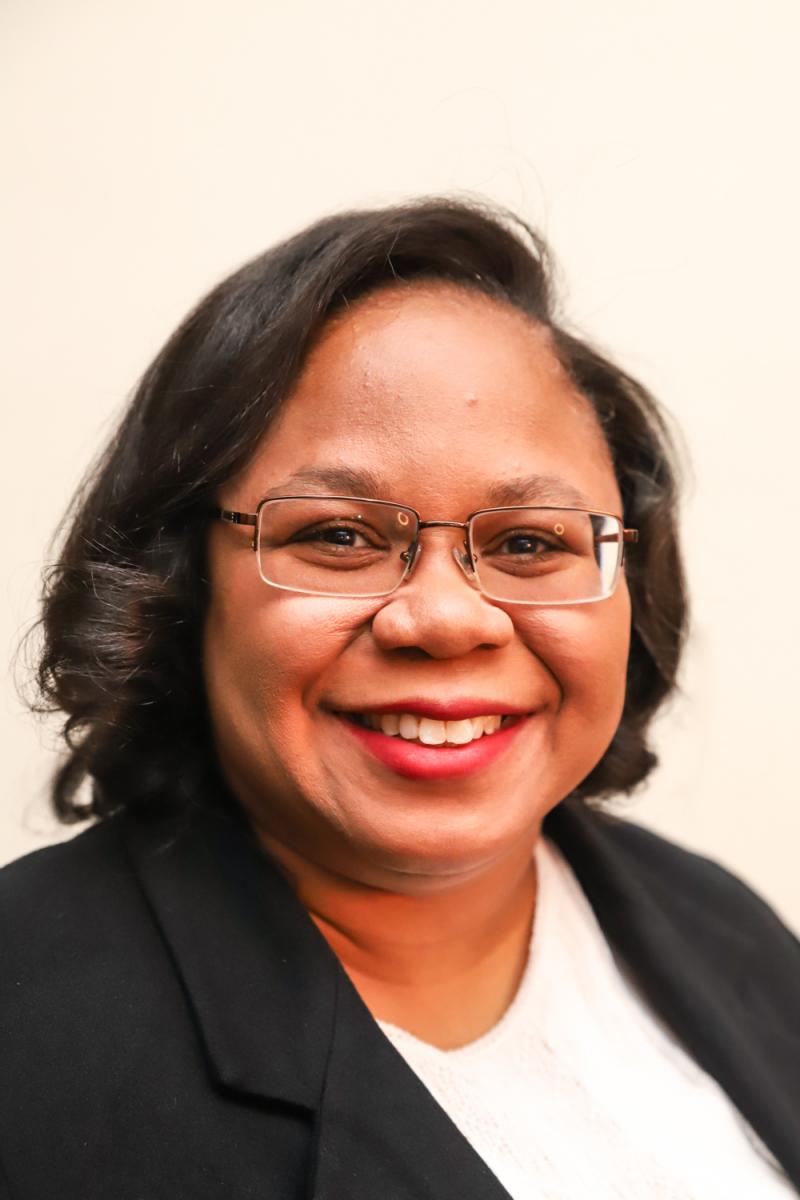 When Jeanien Price Wilson graduated from Drexel, she only wanted to do one thing; make a difference. Jeanien has built her career around serving the public. She started out at a small Civil Engineering firm in Camden, NJ; where she assisted in designing grading plans and plan review. Assisting in managing construction projects for the Philadelphia Housing Authority taught her the balancing act between satisfying the owner, the end user and the budget. In 2014, Jeanien received an opportunity to return to Philadelphia Streets, working in the same section where she worked during her first co-op. She is a lifelong Philadelphia and in her free time mentors inner city youth. 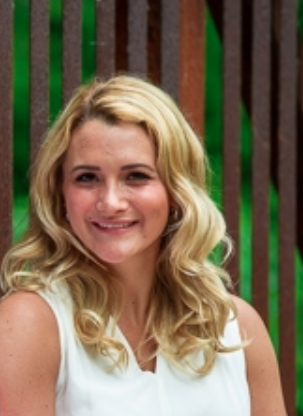 Cricket graduated in 2016 from Johns Hopkins University with a Bachelor of Science in Civil Engineering and a minor in Entrepreneurship and Management. In 2017, she earned a Masters of Science in Engineering Management also from Johns Hopkins University. As a Structural Engineer in the Telecommunication Division of Advantage Engineers, she works with major carriers to analyze and design tower and rooftop structures for supporting telecommunications equipment. She also leads the Philadelphia PR effort for the 2018 PA Infrastructure Report Card - coordinating the release event and informational promotions since. 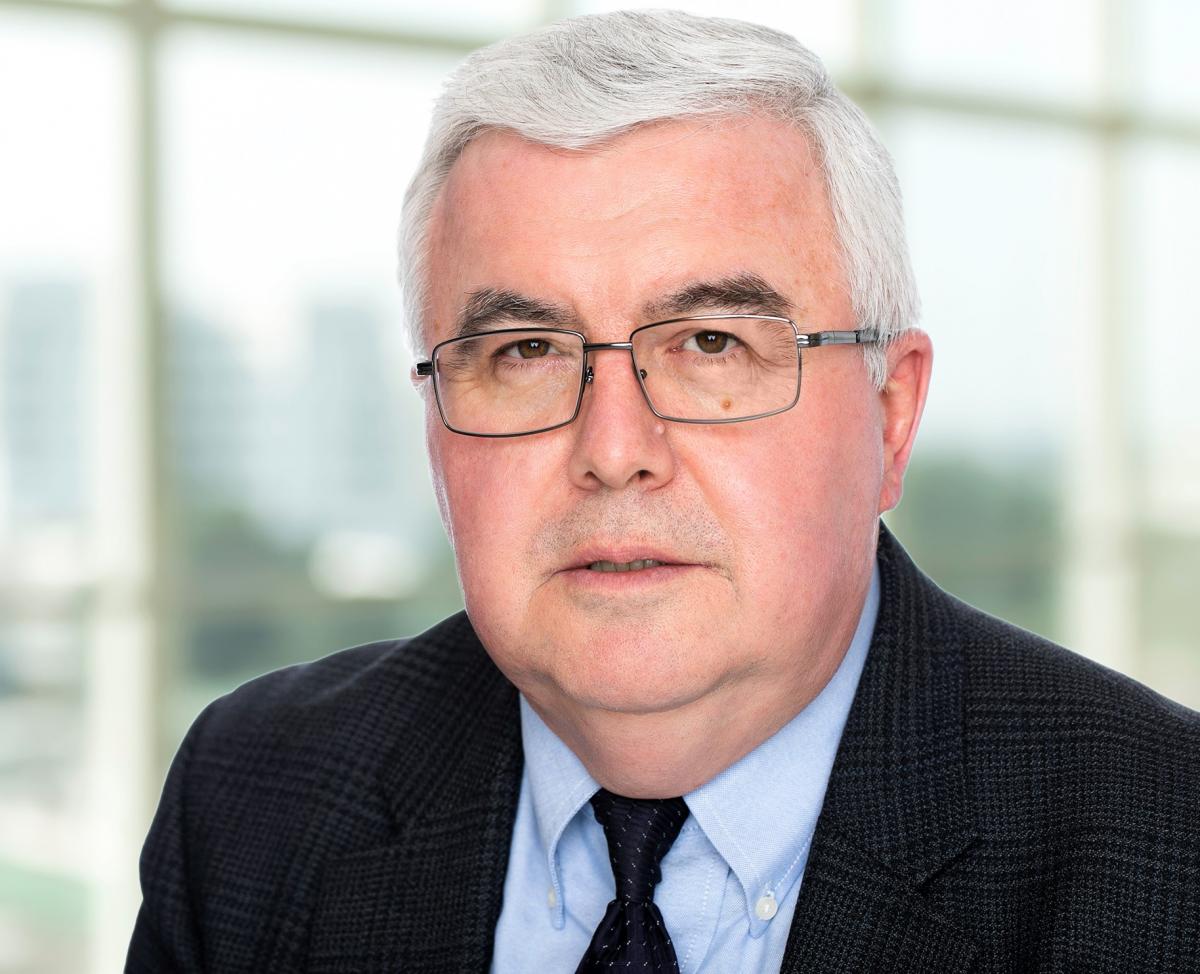 Visit our Contacts page to view profiles of our YMF and Institute leaders.

View our Past Presidents page to see a list of leaders that shaped the Philadephia Section of ASCE.